Essential elements for this ritual are wheat or barley, sheaves of grain, cauldron, water, one floating candle, one candle for each person present, and essential oils of rose, lavender, or other summer flowers.

To create the sacred space of the ritual, arrange the sheaves of grain in the four directions around a cauldron. Fill the cauldron three-quarters full with water and add essential oils of the flowers of summer. Cast your circle in the usual manner.

At this point, the leader of the ritual should light the candles and then hand them to each person and guide the participants to form a circle around the cauldron. Now the floating candle should be lit and placed in the cauldron by the leader, who says:

Be here with us now

In this place between worlds,

On this Lammas Day

Rap three times on the cauldron and say:

Harvest is here and the seasons do change,

This is the height of the year.

The bounty of summer sustains us

In spirit, in soul, and in body.

Now the group circles five times around the cauldron. All present should then speak their gratitude for the gifts of the season, and the riches of the summer bounty. Storytelling, singing, and dancing should all be a part of this rite, and the leader determines when the rite is done by putting out the candles and proclaiming:

This rite is done!

There are many ways you can create your own variations on Lammas Day celebrations with your own views on the summer season and how you show appreciation to nature and spirit. One lovely way to celebrate Lammas Day is to have a feast that begins and ends with gratitude and blessings for the good and wine with a place set and food served for the great godly guest, Lugh. 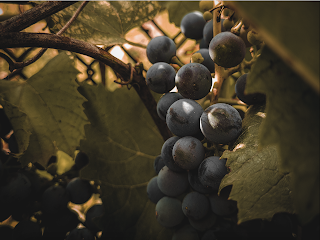 August 2, Our Lady of the Angels Day (Costa Rica)

August 3, Drimes Day in Greece with offerings to the dead, all-night parties and bonfires in vineyards and orchards

August 5, Grasmere Rush Bearing Festival in Cumbria, England, dating back to the medieval custom of weaving flooring for cathedrals

August 10, Celebration of the Goddess of Reason, established 1793 in France

August 13, Feast of Vertumnus, god of seasons, gardens, and trees, in Rome

August 15, Feast Day of the Assumption of Mary

August 19, Roman Vinalia Rustica in honor of Venus since 293 BCE

August 21, Consualia in honor of Consus, god of seeds, grain, and harvest

The Romans honored Demeter, the grain mother and overseer of the harvest, during August. The Celts celebrated Lughnassadh in honor of Lugh, their god of many skills. Lughnassadh was adopted and adapted by the Christian church as Lammas (“Loaf-mass”) and is still celebrated. The custom is that when the first grain is harvest, it must be baked into a loaf and offered to Lugh as thanks for healthy crops. Native Americans called August the Corn Moon, and the Franks referred to this time of year as Aranmanoth, The Corn Ears Month. 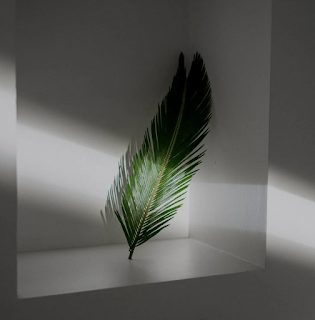 This simple ceremony blesses your home with the power of the sun and the protection of the palm leaf. Essential elements for this ritual are a palm leaf or front, incense, cup of water.

Take your palm leaf outside on a sunny day. Cast your sacred circle. Light the incense and pass the palm leaf through the smoke, saying:

By air and by fire I cleanse and consecrate you to the purpose of protection.

Touch your fingertips to the water, sprinkle a few drops onto the leaf, and say:

By water I cleanse and consecrate you to the purpose of protection.

Lay the palm leaf on the ground, saying:

By earth I cleanse and consecrate you to the purpose of protection.

Now hold the palm leaf up to the sun. Visualize the warmth and strength of the light permeating the palm leaf and filling it with power. Say:

Beloved light of the day,

Bless this palm with your protection and light.

So mote it be!

Pour the remaining water out onto the ground as an offering. When you return home, hang the palm leaf up over your front door. 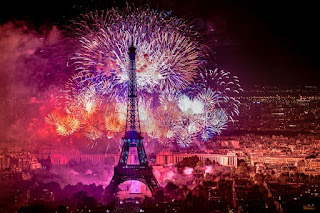 July 2, Palio de Siena, the legendary festival for the Italian horse race with feasts, blessings, and betting, founded in the Renaissance

July 9, Pilgrimage for Sempachfeier, retracing and re- enacting the 1386 battle between the Swiss and Austrians. Defend an issue about which you feel strongly, as the peaceful Swiss did.

July 16, Feast for Our Lady of Carmel

July 21, Horse’s holiday in Rome, part of the Festival of Consualia

July 25, Incan holiday for Illyap, god of thunder and lightning

The most appropriate rituals you can perform in the month of July are those in celebration of the sun.

Sirius, the Dog Star, rises in early July. The Egyptians knew this star as Sothis. In Egyptian mythology, Isis is Queen of Heaven, and Osiris, ruler of the underworld, is her husband and her brother. While these deities ruled, Egyptian culture thrived, advanced in the arts and science, and also grew in magic and religion. The Egyptians built great cities and became very powerful and renowned for the beauty of their civilization.

Isis is typically depicted as a beautiful winged woman. On her noble head is a crown with the disc of the sun gleaming golden. Veneration of Isis spread from Egypt to the Greeks, the Romans, and throughout the Hellenic world until her last temple was destroyed in the fourth century.

The palm tree is sacred to Isis and can be used in ritual. You can lay the palm leaves in your path and walk in procession. The palm has been used in various ways throughout the world in ritual. The following are some suggestions you can build upon in your own ritual design:

Posted by Cerridwen Greenleaf at 12:00 PM No comments: 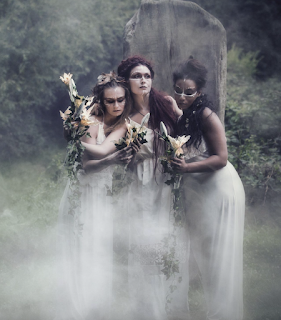 Essential elements for a Celtic-inspired Midsummer ritual are a wooden wheel, fallen branches and firewood, multicolored candles, multicolored ribbons, food and drink, and flowers for garlands. This ritual should be performed outside, ideally on a hill or mountaintop, at dusk. Call the local fire department to verify the fire laws in your area. You will likely need a special permit to light a bonfire, and certain areas may be restricted. Always clear the grass and brush away from your fire area, and make sure to dig a shallow pit into the ground. Circle the pit with rocks to help mark the edge of the fire pit as well as to contain the accidental spread of fire. Have a fire extinguisher, a pail of sand, and water bottles nearby in case the fire gets out of control. One person not directly involved in the ritual should be on hand to watch the fire at all times. Make sure the fire pit is far enough away from surrounding trees and other landscape features to allow for a group to dance around it.

Lay the wooden wheel down in the circle of stones, and arrange the fallen branches and firewood around the edge of it. The wheel represents the turning of the year, and the sun on its daily and yearly cycle. Tie the colored ribbons on the nearest tree. While these preparations are being made, the priestess to lead the ritual should meditate in the area where the ritual will be held, connecting to the goddess. The gathered celebrants should weave garlands of flowers while the sun slowly sets. Just before the sun vanishes completely, the priestess should direct the gathered celebrants to ready their candles, or more ideally, torches. The priest lights them, declaring:

The fire festival is begun.

Under this longest day of the sun.

Let us go forth and make merry.

The god and goddess are here!

The priest leads the celebrants into the circle where the priestess waits, and directs them to throw their torches and candles in the bonfire. The priestess raises her arms and invokes the Goddess:

Great Earth Mother and Lady of the Forest,

Be with us here and now!

On this night the Goddess reigns supreme.

On this, our night of our midsummer!

All should dance in the direction of the sun (clockwise) around the fire, raise their arms, and clap and shout for joy for as long as they want. When people begin to tire, it is time for the feast. The priest directs the blessing of the food:

Blessed Lady of the Forest,

And old god and animals, spirits of the wild,

Bless this food and drink,

That it may strengthen us in your ways.

Everyone should share in the refreshments and eat, drink, and make merry. Another round of dance and song is in order. When the bonfire has turned to ash, the priestess declares the ritual to be over and says:

Our revelry this day is done, dear one.

Gods of the old and spirits of nature,

We thank you for your blessings this night.

This rite is done.

Make certain the fire has completely gone out before you leave the ritual site. Soak the ashes with water and clean up the site. Always leave a natural area cleaner than you found it.

Posted by Cerridwen Greenleaf at 12:00 PM No comments: June is summer reaching its full glory. There have been many rites around the world to acknowledge the longest day of the year. The Japanese climb Mount Fuji at this time, for it is free of snow during two months in the summer. The Native American tribes of the Southwest and Great Plains hold ceremonies to honor the life-giving sun. Incan, Mayan, and Aztec midsummer rites honoring the sun gods were among their most important ceremonies.
Posted by Cerridwen Greenleaf at 11:30 AM No comments: 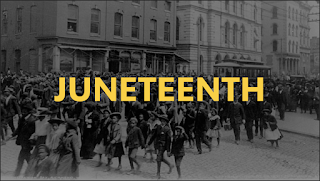 Juneteenth is a beautiful example of a modern ritual that is reinvented and celebrated in a new and exciting way every year. Luisah Teish says this occasion celebrates “the flame as political power and divine inspiration.” Juneteenth is held on June 19, the date when in 1865 the news of the Emancipation Proclamation finally reached the plantations in the states of Louisiana and Texas. While the actual law had gone into effect two years earlier in 1863, nobody told many of the slaves. When these duped slaves finally realized that they were free, it was a cause of great joy. Nowadays, there are festivals that celebrate the contributions by Africans to America and the world. Picnics, barbecues, singing, dancing, theater, games, and parades take place within the communities of the United States.