Thomas Edison carried quartz crystals with him at all times and called the stones his dream crystals.

He believed they inspired his ideas and inventions. Literary legends George Sand and William Butler Yeats also relied on crystals to help spark their considerable creativity.\ 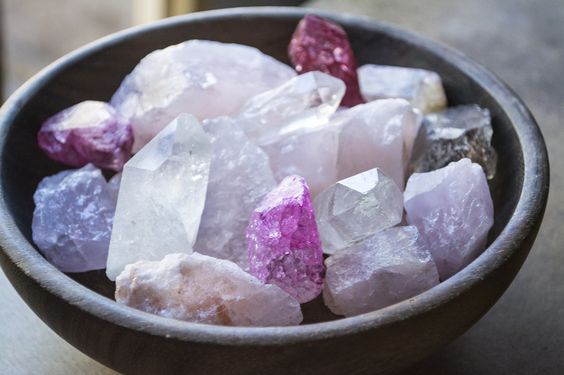 Data has also been gathered to show the effectiveness of quartz in certain healing techniques, such as chakra therapy, acupressure, and light-ray therapy, as we will discuss in depth later. But the simplest way to promote healing with crystal is to wear a stone.

Quartz can take the form of great hexagonal stones or of crystals so small that only a microscope can see them. Quartz can appear in clusters or singly. It can also appear in every hue of the rainbow. The gorgeous and varied hues of quartz come from electrostatic energy, which now can be altered through technology. I, however, prefer the simple beauty provided by Mother Nature herself.

Quartz is the largest of the crystal families, and we can be grateful for that since it is such a powerful healer. Moreover, it is an energy regulator for the human body, affecting the vibrations of the aura, or energy field that surrounds all living beings.

Posted by Cerridwen Greenleaf at 10:06 PM